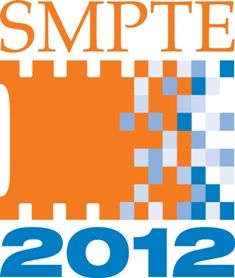 HOLLYWOOD, CALIF. -- The subjects are almost too numerous to detail: 4K and 8K ultra-high resolution cameras shooting at frame rates at 120 Hz; the impact of OTT IP-based video delivery on conventional TV broadcasting; a new transmission control protocol that dynamically allocates bandwidth to news videos based on their assigned importance; and, of course, 3D in films and TV. These and many other subjects will be covered at the 2012 SMPTE Annual Technical Conference & Exhibition at the Loews Hollywood Hotel in Hollywood Oct. 23-25; preceded by a pre-conference symposium on Oct. 22.

“The intent with the fall conference is to cover the breadth of interest of members,” said Paul Hearty, SMPTE’s editorial vice president. SMPTE 2012’s goal “is to look at where we are now, and we anticipate going in the next few years.”

In recent decades, the annual SMPTE conference has been a must-attend not just for motion-imaging professionals, but the vendors who serve them. “SMPTE is the one show where companies like Harris can count on face-time with industry experts,” said Stan Moote, vice president of business development for Harris Broadcast Communications. “This is a great venue to discuss emerging technologies such adaptive bitrate streaming and GPU-acceleration,” added Barbara DeHart, vice president of marketing for Nevada City, Calif.-based Telestream.

WHAT’S ON TAP
SMPTE 2012 will bring together the top minds and players in the converging worlds of movies, television/video, and IT. Presentations will be given by representatives from the BBC, Belden, Cisco, Dolby Laboratories, Ericsson, Fujifilm, Harmonic, Harris, HBO, IBM, Microsoft, NHK, Nvidia, Motorola Mobility, Qualcomm, Snell, Skywalker Sound, Sony Electronics, Sony Pictures Entertainment, Technicolor, and Verizon; plus leading researchers in the realm of imaging and experts from the FCC and EBU. Doug Trumball

Among SMPTE’s featured speakers are legendary filmmaker, special-effects pioneer, and multiple Oscar nominee Doug Trumbull. The man whose credits include “2001: A Space Odyssey,” “Blade Runner” and “Close Encounters of the Third Kind” will keynote the Oct. 22 Pre-Conference Symposium on High Frame Rates for Digital Cinema. “Doug Trumbull has a long history of advocacy for high frame rates,” said Hearty.

The actual conference will look at the IEEE’s rewrite of its Ethernet standard to enhance audio/video device interoperability; the aforementioned dynamic TCP standard for prioritizing news video delivery; the new, more efficient H.265 video compression codec, and the use of GPUs to support RAW format 4K workflows.

“We’re very much focused on the next generation of higher resolutions and higher frame rates; such as 4K/8K and 120 Hz,” said Hearty. SMPTE 2012 is also taking a hard look at advances in IP networks, and whether they will be enough to keep up with the 4K/8K revolution. “How do we get networks to support 120 HZ 8K images?” Hearty asked.

CONTINUING INTEREST IN 3D
SMPTE 2012 will also cover 3D production in depth, including semi-automatic 2D to 3D conversions to speed up production workflows; dealing with left-eye/right-eye inconsistencies in 3D movie viewing, and NHL’s doubling the frame rate of its Super Hi-Vision format to 120 Hz. “3D is going to gather the usual attention,” said Hearty. “It is one of our most interesting topics to many people.” Anthony Wood SMPTE conferences are also known for the quality of their speakers. Roku Founder and CEO Anthony Wood will deliver the opening keynote on Oct. 23 on the “Future of TV: Why OTT is a Game Change.” Roku’s OTT set-top boxes allow consumers to watch Web content such as Netflix and Hulu on their home TVs.

Wood will discuss “the inevitable transition of TV distribution from over the air to the Internet, and how that affects consumer choice and the way they consume content,” he said. “Ten years from now, the majority of television viewing will be Internet-delivered to open standards boxes like the Roku player.”

In that Brave New World, content will be aggregated and marketed by “virtual MSOs,” Wood added. These virtual MSOs won’t need to own coaxial cable, fiber, or use satellites; They’ll just ship their content to customers via broadband, which will have evolved into a commodity like today’s electrical grid, and the emerging Internet cloud.

Collectively, SMPTE 2012 is an opportunity for motion-imaging professionals to open their minds to what’s happening in the worlds of movies, video and IT. For Paul Hearty, the payoff will be for these delegates to leave SMPTE 2012 truly enlightened. “We want them to come away feeling that they’ve learned something that they would not have otherwise learned,” he said.

Complete conference details about SMPTE 2012 are available at www.smpte.org/atc2012.