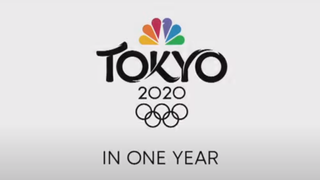 STAMFORD, Conn.—In a world without the pandemic, the 2020 Summer Olympics in Tokyo would be starting tomorrow, July 24. Instead, the games were postponed to 2021.

Now, as July 23 marks the year-long countdown to the rescheduled games’ Opening Ceremony, NBC Sports, the U.S. broadcast home of the Olympics, has released a video that will get people’s adrenaline pumping for all the action.

Despite the optimism that NBC portrays for the Summer Olympics taking place in 2021, and the fact that American team sports are starting to return (albeit without actual fans), some are still concerned about the logistics of hosting the games at this time next year.

In an interview with Japanese broadcaster NHK, Yoshiro Mori, president of the Tokyo Olympics organizing committee, said that if the current conditions surrounding COVID-19 continue it would not be feasible to hold the games. He suggested that having a vaccine was key to an improved situation and that he remains hopeful for one.

There have been recent reports of “encouraging” progress for a vaccine from an Oxford University team.

In the event that the situation does not improve, however, the International Olympic Committee and Japanese organizers are on record that the games would be cancelled rather than postpone a second time.