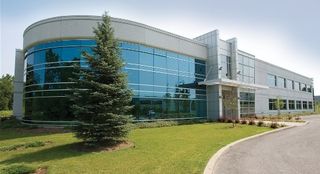 Strath Goodship
Miranda has reported that the first phase of its integration with the recently acquired OmniBus Systems automation company has moved forward without any hitches.

“Overall, this integration process has been exceptionally smooth, and this reflects the widespread understanding of the logic and benefits behind the acquisition among our employees and customers,” said Strath Goodship, Miranda’s CEO. “Our management team now includes multiple former OmniBus Systems employees in key leadership roles, and the integration of our playout solutions is already well advanced, especially with respect to enhanced graphics and monitoring capabilities”.

The personnel changes that Goodship referred to in his statement include the appointment of Ian Fletcher as the company’s chief technology officer. He filled a similar position at OmniBus before the acquisition. Also, OmniBus’s former CEO, Mike Oldham, is now the general manager of playout automation in the new corporate structure. He will be based in Denver. Greg Hoskin assumes a similar role in Europe and will be based in the Miranda’s Loughborough, U.K. office. OmniBus’s former vice president of technology, John Wadle, has been appointed to the position of director of sales engineering and technology. Another personnel change in Miranda’s corporate structure was also announced, with a move by Ray Bryan, who had been at Miranda’s Grass Valley, Calif. office, to the Loughborough, U.K. office where he will serve as vice president of operations, EMEA.