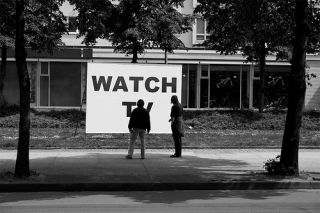 NEW YORK and SEATTLE: People watching local newscasts online are not watching on TV, and represent an expanded audience for broadcasters. This was one of the findings of a cross-platform measurement survey that Nielsen conducted with stations owned by Fisher Communications in Seattle and Portland, Ore.

“Nielsen uncovered that a local TV station’s online audience offers expanded, unduplicated reach. There are also demographic differences between online and broadcast audiences and local news websites have a dramatic impact on station ratings,” Nielsen said in the results.

Percentage increases were similar for KATU-TV in Portland. Its 18+ was boosted 2.8 percent by the online audience. The bump in 18-34s was 2.4 percent; and 25-55s increased by 4.6 percent when factoring in the online audience for the month of May last year.

Both markets are lucrative in terms of household income. Nielsen said that 35 percent of all household rating points for the 11-11:30 p.m. broadcast news timeslot in Seattle come from homes with incomes of more than $100,000. In Portland, the ratio was 44 percent. Combining three news timeslots--morning, early and late evening--online viewing showed a higher percentage of $50,000-$99,000 households. The online audience also tended to skew male.

Cross-platform measurement is of particular interest to Fisher, which has hyperlocal websites focused on neighborhoods, as well as a mobile DTV signal in Seattle. Nielsen noted in the study that sales of websites and TV airtime can be combined but sold differently according to audience demographics and advertiser intention.

“Usage of a station’s website may also show a notable impact on station ratings during all news-related dayparts,” Nielsen said. “As a result, increased on-air programming efforts to encourage use of the station’s website can be expected.”
~Deborah D. McAdams