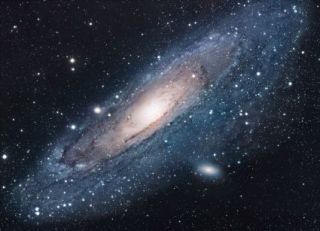 EL SEGUNDO, CALIF.: DirecTV announced today that History Channel will contribute 3D programming to it’s stereoscopic offering. History will do the season premiere of its series, “The Universe,” in 3D on July 30. The season five premiere, entitled “7 Wonders of the Solar System,” will use computer-generated graphics to illustrate recent astronomical findings. It will be telecast on DirecTV’s n3D on Ch. 103, and in 3D on Ch. 101. at 10 p.m. ET/PT this Friday.

“This is the type of programming that lends itself perfectly for 3D and still looks amazing in HD,” said DirecTV’s Derek Chang. “We are excited to be partnering with History as they embark on their first 3D mission.”

The first 3D episode of “The Universe” depicts, according to DirecTV and History, “mountain ranges on Saturn’s rings; the famous red spot on Jupiter and the indication that there may soon be another one; a volcano that would stretch the distance between Los Angeles and San Francisco if it was placed on Earth; and the highest resolution images ever taken of the lava flow on Mars that might indicate volcanic activity.”