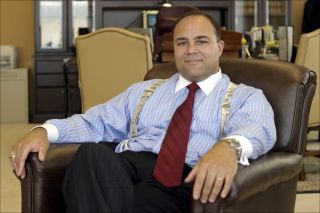 WASHINGTON: Former Federal Communications Commission Chairman Michael K. Powell is taking over the helm at the cable lobby. The National Cable & Telecommunications Association today announced that Powell has been appointed president and CEO. Powell, who served as chairman of the commission from 2001 through 2005, will take over for outgoing president and CEO, Kyle McSlarrow on April 25. McSlarrow is leaving the cable lobby to become president of Comcast/NBC Universal operations in Washington.

Powell was nominated as a member of the FCC by President Bill Clinton and sworn in on Nov. 3, 1997. He was designated chairman by President George W. Bush in January 2001, serving in that role until April 2005.

The TV issues most prevalent during Powell’s tenure as chairman included media ownership, indecency, and the DTV transition. When he was elevated from commissioner to chairman in 2001, D.C. Circuit U.S. Court of Appeals Chief Judge Harry T. Edwards, for whom Powell had clerked, ordered the FCC to rewrite its media ownership rules. Powell’s FCC subsequently relaxed them, allowing one company to own three TV stations, eight radio stations, a cable system and the dominant daily newspaper in the country’s largest markets. Media watchdogs were incensed. The Third Circuit Court of Appeals in Philadelphia stayed a large portion of Powell’s rewrite in 2004, and he left before it was finally lifted a year ago.

Powell was at first neutral on indecency, giving NBC a pass in 2003 when U2’s Bono let fly the F-word on prime-time TV. Powell initially noted the word was used exclamatorily rather than sexually--the recipe for indecency under FCC rules. He later reversed himself in the wake of a backlash, generated mostly by the Parents Television Council.

Other notable initiatives during the Powell Commission include the first inquiry to authorize the use of unlicensed devices in TV spectrum, the approval of the Comcast and AT&T merger---resulting in the largest cable operation in the United States--and the phase-in of digital tuners in TV sets. The broadcast flag was adopted under Powell, as were rules for CableCards, intended to free cable TV subscribers from proprietary set-top boxes. They fizzled. So did broadband-over-powerlines, which was also launched during Powell’s chairmanship.

Like all FCC chairman he dealt with spectrum issues, including a repo situation in which the commission went after NextWave Telecom for defaulting on its bid following bankruptcy. The FCC tried to reaction NextWave’s licenses, but the courts determined they were under bankruptcy protection. Under Powell, a deal was brokered by which the FCC was able to recover at least some of the licenses and NextWave was allowed to sell the rest.

He advocated for spectrum reform.

“Our nation’s approach to spectrum allocation is seriously fractured,” he said in 2001. “There have been dramatic changes in spectrum requirements and technology and services that use spectrum since 1934. Yet, while we have made some major strides in how we assign spectrum--principally through auctions--allocation policy is not keeping pace with the relentless spectrum demands. The spectrum allocation system is not effectively moving spectrum to its highest and best use in a timely manner.”

He argued for “market-oriented” allocation allowing for multiple uses, and for what was essentially an updated spectrum inventory. More recently, Powell said the country was “over-invested, spectrum-wise, in broadcasting.”

Multicast must-carry reached fever pitch under Powell. Broadcasters were agitating for compulsory carriage of multicast feeds, but Powell resisted. The commission voted it down 4-1 before he left, to the gratitude of the cable industry, which he will now represent.

“Cable is a dynamic and highly innovative industry, providing cutting edge services and content that Americans love,” Powell said in a statement announcing his appointment. “The broadband platform the industry has deployed is a critical part of the infrastructure needed to realize our national ambition to be a great nation in the Information Age. I am excited to help lead companies committed not only to their businesses, but to improving U.S. competitiveness and supporting invaluable programs in important areas such as education.”

Powell currently is a senior advisor with Providence Equity Partners and honorary co-Chair of Broadband for America.

Patrick J. Esser, chair of the NCTA board of directors and president of Cox Communications offered the following: “Michael Powell is one of the most well respected and influential visionaries in all of telecommunications, and we’re so proud to have him join the cable team.”

Gordon Smith, head of the National Association of Broadcasters, offered this: “I got to know Michael well during my tenure on the Senate Commerce Committee, and always found him to be thoughtful, engaging and a tremendous public servant. Though NAB and NCTA do not always agree on every issue, we look forward to working with Michael in the months ahead on public policy issues where we might find mutual agreement.”

Matt Polka is head of the American Cable Association, which represent primarily smaller cable operations. He had this to say: “Everyone in the independent cable community wishes Michael the very best in his new position, and we look forward to working with him on the issues that are important to both large and small cable operators.”

And from Gigi Sohn, president and co-founder of consumer lobby Public Knowledge: “We look forward to working with him on a number of issues of vital importance to U.S. consumers, including broadband deployment and retransmission consent. We sincerely hope he will help the association realize the transition to a broadband economy will take many forms, as consumers wish to exercise choices of online services and service providers.”

Prior to the FCC, Powell served as the chief of staff of the Antitrust Division in the Department of Justice where he advised the Assistant Attorney General on substantive antitrust matters, including policy development, criminal and civil investigations, and mergers. He also served as an associate in the Washington, D.C., office of the law firm of O’Melveny & Myers LLP. Before his legal career, Powell was a policy advisor to the Secretary of Defense and served as an armored cavalry officer in the U.S. Army.

Powell serves on a number of non-profit boards, including the Mayo Clinic, the Aspen Institute and Americas Promise, where he co-chairs Grad Nation, an effort to end the high school dropout crisis. He also served as the Rector of the Board of Visitors of the College of William and Mary.

Powell graduated in 1985 from the College of William and Mary with a degree in Government. He earned his J.D. from Georgetown University Law Center.