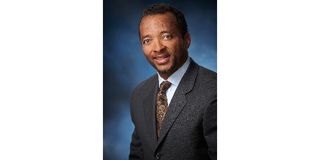 WASHINGTON: National Association of Broadcasters Television Board Chair Marci Burdick has appointed DuJuan McCoy to the NAB Television Board of Directors effective June 2012. McCoy will assume the seat of Madelyn Bonnot Griffin when she rotates off the board. She will continue as co-chair of the Small Market Television Advisory Committee.

McCoy is a 2008 graduate of the NAB Broadcast Leadership Training Program, a 10-month executive MBA-style program that educates senior-level broadcast executives on the fundamentals of purchasing, owning and the successful operation of radio and television stations. McCoy was also selected to be an associate dean and teaching faculty member of the class since 2008 and has served on the NAB BLT program selection committee for three years. He is a member of the NAB Small Market Exchange Executive Committee.