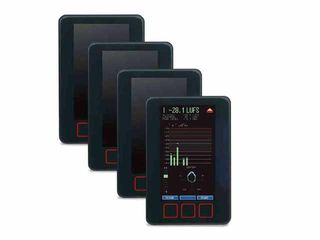 The company has also introduced an integrated set-up Wizard to accompany the product release.

Jacob Hänel Christensen, Sales and Marketing Director for DK-Technologies, says: “With the addition of DK4, the DK METER reach has once again been expanded. Broadcasters and post production engineers can now monitor everything from compliant loudness measurements and true peak readouts, through to detailed spectrum analysis.”