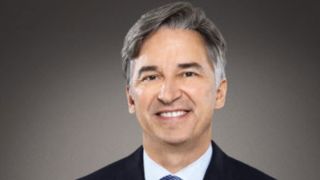 ATLANTA—Daniel York, the former senior executive vice president and chief content officer for AT&T and DirecTV, has been tapped as the new president and CEO of Cox Media Group, effective immediately.

York takes over the role after it was announced in April that Kim Guthrie was exiting  after 22 years.

As president and CEO, York will be responsible for all aspects of managing the company’s media platforms and will oversee the company’s long-term strategic priorities, per the official announcement.

Cox Media Group is currently in the middle of a transition period after a majority of its stations were acquired by Apollo Global Management in February 2019.

“[York] has a background of success in media, content, distribution, operations and successfully leading large organizations,” said Steve Pruett, CMG’s executive chairman. “Most importantly, he embraces contemporary thinking as the media landscape continues to evolve. We have full confidence he is the right person to lead CMG in the next phase of the company’s growth.”

York gave his own statement on his appointment: “I am excited to lead Cox Media Group, a company that has the most talented team and leadership in the industry. I have always admired and respected the unparalleled quality of CMG’s 90+ TV and radio stations, digital and advertising platforms, and the company’s unwavering commitment to journalistic integrity. The past few months have underscored that there is no substitute for the most important and valuable content in the ecosystem, market-leading local news and entertainment. I look forward to working with the Board and the CMG team as we continue to enhance our partnerships with our advertisers, content providers and distribution outlets to best serve our communities and millions of viewers and listeners.”