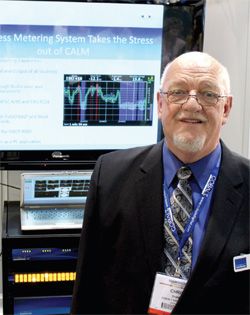 "With the addition of routers and multi-viewers to our product lineup, Cobalt Digital continues to expand its product line," said Chris Shaw, who has been appointed senior vice president of sales and marketing.

The metering software integrates with the company's Fusion3G range and most 9000-series COMPASS cards, as well as with the OGCP-9000 Remote Control Panel, and it is compliant with ITU-R BS.1770, ATSC A/85 and EBU R128.