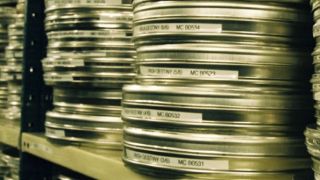 The Associated Press, responding to increased demand for online video from its customers, has unveiled a new video archive platform that offers improved access to the AP’s vast (and continually expanding) historical archive.

AP’s newly digitized archive content contains more than 1.3 million global news and entertainment stories dating back to the beginning of the 20th century. It will be available alongside British Movietone’s footage, which includes a vast quantity of British and international news stories covering the period 1895 to 1986.

The new platform is the latest in a series of improvements to AP’s video archive. In February, AP began to digitize its back catalog, which will see 32,000 hours of footage and film stock digitized by mid-2013.

In addition, AP announced a deal in November 2011 to represent British Movietone in key territories as part of AP’s strategy to expand its list of content partners and build the online marketplace for archive footage. Other content partners include the Press Association and KRT, the state broadcaster of North Korea.

The video archive platform allows online downloads and licensing of footage, while offering a range of new specialist features to enable users to search, organize and share research. In addition to supporting the traditional “a la carte” pricing model, the new platform will offer a subscription service.

“We’re confident that this trove of invaluable video, coupled with the ease of access and the ease of retrieval, will make our new archive platform a go-to destination in the U.S. market for documentarians, researchers, educators, broadcasters, marketers and all those in the business of presenting distinctive video content online,” said Ted Mendelsohn, AP’s director of business development, commercial and digital markets.

The AP’s footage revenues have grown steadily in recent years with sales in 2011 growing by 27 percent. The overall market for online video news across Europe and Asia is predicted to grow annually by up to 13 percent and 16 percent, respectively, and AP sees a major opportunity for archive footage within these sectors.

“Our archive is an incredible visual document of the people and the events that have shaped the past century, and includes footage covering two world wars, the Titanic and Hindenburg disasters, the Diamond Jubilees of Queen Victoria and Queen Elizabeth II, astronaut John Glenn making space-flight history, the assassination of President John F. Kennedy, as well as Elvis Presley, the Beatles, Marilyn Monroe and many others,” said Alwyn Lindsey, director of AP video archive.

Earlier in 2012, the AP announced the beta launch of AP Video Hub, a global platform for the online delivery of broadcast-quality video news, catering to the increased demand for video news from digital publishers and news-centric websites. Further functionality and newly digitized content will continue to be added to the platform in the coming months.