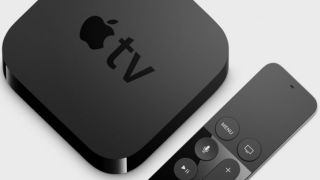 As part of an update to tvOS14, the company plans to launch a number of new features in the autumn including YouTube playback in Ultra HD.

Other new features will include picture-in-picture so viewers can minimize a film or TV series if they want to check something else on the app. Viewers will also be able to share audio, pairing two sets of AirPods with the Apple TV so two people can watch content while not bothering others.

Apple also said its app is now present on a billion devices, CEO Tim Cook revealed that the app was active on more than 900 million iPhones in the last year alone.

While Apple’s streaming service hasn’t caught viewers’ imaginations quite as much as Disney+, tech, media and telco analyst Paolo Pescatore tells TVT's sister publication TVBEurope the company is not trying to compete with other SVoD services (for now). “It has done a superb job of positioning itself as an aggregator with Apple TV—which is much more than a TV platform.”

“Apple TV+ allows the company to differentiate its overall offering. In essence it is a different service, which complements other so called rival services. It has a huge installed base, which is extremely attractive to content creators. This will help it understand viewer habits and behavioral patterns. While others will struggle, Apple’s broad reaches will ensure it success as it steadily expands its catalog and genres.”