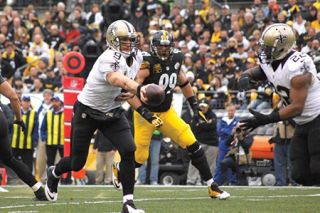 SEATTLE—Amazon Prime will continue to be the streaming home of the NFL’s Thursday Night Football games, as the two sides have reached a multi-year agreement extending their partnership that began in 2017. In addition, the deal adds an exclusive NFL game for Amazon Prime.

Amazon Prime Video and Twitch will stream the 11 Thursday Night Football games that are traditionally broadcast on Fox. The digital stream on Prime Video and Twitch offers interactive features like X-Ray and NextGen stats powered by AWS. Also, viewers can choose to watch either the Fox broadcast or the Fox Deportes Spanish-language coverage, as well as other alternative audio options exclusive to Prime Video, Amazon says.

The NFL and Amazon said that they will continue to collaborate on additional NFL content and enhanced viewing experiences for Thursday Night Football.

Prime Video will also get an exclusive regular season game as part of this new deal. The game, which will be streamed on Prime Video and Twitch, will take place on a Saturday in the second half of the 2020 regular season. The game will be available for free over-the-air in the participating teams’ home markets.

Concerns around coronavirus have raised questions on how the 2020 NFL regular season may be impacted, but as of now the NFL is making plans to play a traditional 17-week regular season and is expected to release its regular season schedule in May.