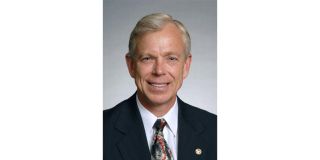 WASHINGTON -- Lowell C. McAdam, chairman and CEO of Verizon Communications, will be featured in Tuesday’s General Session on April 9 at NAB Show in Las Vegas, event organizers announced today. The session, entitled “Lowell McAdam: A Candid Conversation,” will feature McAdam in a discussion with NAB President and CEO Gordon Smith on his vision for the future of wireless broadband, broadcasting and competition in a multiplatform world.

“Lowell McAdam’s appearance at NAB Show presents a tremendous opportunity for our attendees to hear first-hand from the leader of one of the industry’s most influential companies,” said Smith. “I look forward to hearing his views on business, technology and policy and discussing how broadcast and broadband can coexist for the benefit of consumers who are demanding content on a variety of platforms.”

As chairman and CEO of Verizon Communications, McAdam is responsible for the operations of Verizon, including all business units and staff functions. In addition, he is chairman of the Verizon Wireless Board of Representatives. McAdam succeeded Ivan Seidenberg as CEO on Aug. 1, 2011 and as chairman on Jan. 1, 2012.

McAdam is past chairman of the board of directors of the CTIA, the wireless industry trade association. He is a director of the National Academy Foundation, a partnership between business leaders and educators that helps high schools across the country establish and run technical and service academies to prepare students for college and careers. He is also a member of the Cornell University Board of Trustees.