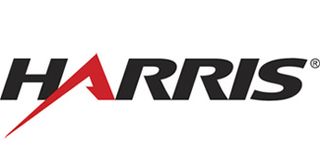 MELBOURNE, FLA.-- Harris Corp. is getting out of broadcast communications.

“The decision to divest Broadcast Communications resulted from a thorough review of our business portfolio, which determined that the business is no longer aligned with the company’s long-term strategy,” stated William M. Brown, president and chief executive officer, in releasing the company’s latest financial numbers this morning.

“The plan to sell these assets supports our disciplined approach to capital allocation, and we intend to use the proceeds to return cash to shareholders and invest in growing our core businesses.”

The move will pull Harris out of a product category with which it has long been associated, and further shake up the competitive terrain among manufacturers of high-profile broadcast components. Harris is a manufacturer of radio and TV equipment including transmitters, consoles, STL equipment and other systems.

The company sold its distributor business to SCMS in 2007.

Harris in 2011 rolled its broadcast business into a segment called Integrated Network Solutions. In the latest quarter, Harris reported that revenue for the INS segment was slowed by declining revenue in broadcast “as a result of weaker demand in North America and longer international sales lead times.”

In its latest financial report, the parent company reported revenue in its third quarter of $1.48 billion. “In connection with the process of evaluating strategic alternatives for Broadcast Communications, the company recorded in the third quarter a non-cash charge of $407 million after-tax, or $3.62 per diluted share, to write down a significant portion of the goodwill and other long-lived assets in Broadcast Communications, resulting in the GAAP loss from continuing operations.”