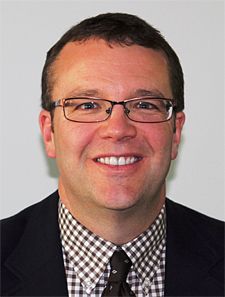 Glen Johnson
BOSTON: Every four years, New Hampshire voters and the national media look to The Boston Globe as they seek to make sense of the first-in-the-nation presidential primary. The newspaper circulates in the vote-rich southern tier of the state, and its coverage competes with that provided by in-state newspapers.

This year, as in 2008, there was special attention as former Massachusetts Governor Mitt Romney was on the ballot. For those reasons, the Globe and its two Websites, Boston.com and BostonGlobe.com, sought to provide a new level of multimedia content. One target in particular for Boston.com was live streamed event coverage.

We turned to Vislink and its new product, the airStream, for tests in both Iowa and New Hampshire. News organizations of all kinds are vying to provide the broadest array of multimedia content, and live streaming is a target for all of them. Network television is especially interested in technology that can free it from the costly practice of deploying satellite trucks to news scenes and booking satellite time to transmit signals.

All of the major broadcasters are evaluating technology like that associated with the airStream—the ability to transmit a picture via the Internet using the commercial cellular telephone network. In simple terms, being able to set up a transmission from wherever they can get three or four bars on a cell phone.

The beta airStream unit tested by Boston.com allowed us to stream one of Ron Paul's events in West Des Moines, Iowa. We were set up and streaming within 20 minutes. The quality was decent as we adjusted bandwidth and picture-quality settings.

We later tested it for a speech by Michele Bachmann in the Iowa statehouse. All of the technology we needed could be carried into the building by a single person, though I was accompanied by a Vislink employee who was overseeing the test. Again, we were successful, with markedly improved signal quality.

The third test, at a Buffalo Wild Wings restaurant in Ames, Iowa, offered a true glimpse into the future. We streamed from a static position as the candidate came into the restaurant and shook hands. Then, when he sat down to watch a football game and field questions from reporters, we took the camera off the tripod and sat down on a chair next to him. Just like that, we had a live Webcast from inside a suburban restaurant with nothing more than an airStream box and its array of cell cards.

GOOD VIDEO SPEAKS FOR ITSELF

We ran one more test during the New Hampshire primary with noticeably better quality from the airStream video than that provided by a competing product we tested during a simultaneous event.

We concluded that such products are of definite interest to us. The limitation, of course, is the reliability and dependability of the cell network, as well as the redundancy and convenience built into any of the products such as airStream. But the constant interest by cameramen, sound technicians, and network correspondents proved to us that we were on the cutting edge of a new media capability.

Glen Johnson is politics editor at Boston.com. His statements do not constitute an endorsement of any product, only a recap of his recent experience. He may be contacted at johnson@globe.com.

For additional information, contact Vislink Broadcast at 888-777-9221 or visit www.vislink.com.