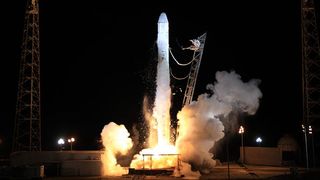 The Oct. 7 launch of the SpaceX Dragon spacecraft, which was the first official commercial cargo resupply mission for NASA, was one of the most exciting developments in space travel in decades. The launch went off on schedule from Launch Complex 40 in Cape Canaveral, Florida, with an expected return the earth on Oct. 28.

As part of the recent mission, SpaceX created an infrastructure to broadcast live feeds of the launch, docking and reentry. These feeds were shown on SpaceX’s website and through live feeds to some of the world’s largest news sources.