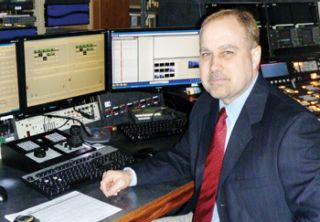 John SeymourWATERTOWN, N.Y.—As a small broadcaster, we believe we have a special obligation to be a good steward in our communities—to do well by doing good. For this reason, we decided that our CBS and Fox- affiliated television operations needed a reliable master control switcher that would provide peace of mind for our operators, as well as a consistent and reliable programming stream for our viewers.

HD BUILDOUT
With the rapid evolution in television broadcast industry standards, it was clear that we needed to upgrade our station for high-definition and this would involve the installation of a new plant router and two channels of master control switching gear. We were aware that Ross Video had purchased a routing switcher company, so we contacted them to work out a complete plan for our migration to expanded HD.

Among the many benefits found in working with Ross was that they really listened to us and responded to our requirements. We told Ross that we wanted to keep the manual operation of master control facility as simple as possible, and true to Ross form, the company personnel listened and their MC1 master control system was the result. This has to be the easiest, simplest master control system ever built.

The system’s touchscreen control panel was truly built with operators in mind. Working together, we tailored the system so that the bottom third of the control surface is dedicated to typical on-air operations and the upper two-thirds for offline operations such as monitoring, viewing character generator output and logos, configuration—elements that a master control operator seldom has to use, but is important information when he or she needs it. With the new system, one operator can easily take anything to air quickly, and then take it off just as fast.

The simplest way to explain how to use the MC1 is that anything on the top row goes to air and everything on the bottom row is for previewing. It’s that clear and easy, and no more training is needed.

I would recommend this product to any broadcaster, based on our experience with its intuitive nature and simple learning curve. I’ve worked with other master control switchers in the past and knew that they just didn’t fit the needs of our facility. However, the MC1 was tailored by Ross to meet our exact demands and, based on my experience, will perform well in any television operation.

Another benefit of incorporating the MC1 system is that it’s an openGear cardbased product which integrated seamlessly with our Ross NK router. It also integrated with our EAS system and Ross production automation system. In addition, it gives us an extra three layers of keying and logo insertion. Manual control is achieved via the touchscreen through Ross’ DashBoard that we use to integrate all of our other openGear equipment and systems.

I sleep better at night knowing we have a Ross system. It’s a great feeling to know that you’ve installed a system that’s as solid as a rock.

John Seymour is director of broadcast operations at WWNY/WNYF and has worked in broadcast television operations since 1991.He may be contacted at jseymour@wwnytv.net

For additional information, contact Ross Video at 613-652-4886 or visit www.rossvideo.com