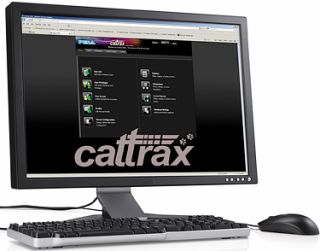 PESA Cattrex Web
At the 2012 NAB Show, PESA will unveil its new Cattrax Web software, which uses a Web browser to monitor and control routers in locations around the world. Expanding on its local network-based Cattrax system control software, the interface of PESA’s new software is an ASP.net application that runs inside most popular Web browsers.

Compatible with PESA routers and switchers from 8x8 to 1024x1024, the software is a 32-bit architecture running under an HTTP Web server engine. All that is required is a Web-enabled server PC and an Ethernet port connection to a PESA PERC2000 control system. A basic Cattrax Web system supports up to 10 simultaneous clients with license packs available to expand secure access to groups of 25 or 50 users.

PESA will also showcase its new audio distributed routing system (DRS) Expanded Data Exchange Engine (E-DXE), which removes the boundaries between mixed signal formats. It provides essential signal processing to distribute AES3, AES3id, time code, analog audio, and MADI in one frame with no need for external converters. Any input type is converted to a packet stream and can be switched as stereo pairs or as two independent mono analog channels.