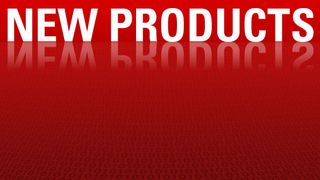 Universal platform seamlessly handles up-, down- and crossconversion of all SD, HD and 3Gb/s video formats, as well as a wide range of audio formats, including AES, embedded audio and Dolby E; features include noise reduction, legalizer, user-selectable aspect ratio conversion and extensive picture enhancement tools; housed in a 1RU package; available at a low price point, making it a realistic option for those who must consider cost and space issues while also ensuring high-quality delivery of large numbers of channels to domestic and international audiences.

Remote control unit allows an LV 7770 multi-standard rasterizing signal analyzer or LV 5770 compact multi-monitor to be operated across any distance via an IP connection; has similar front-panel controls to the LV 7770 and the same 1RU width and height, but much more compact front-to-back depth; ideal for mobile production vehicles, where the narrow depth makes the controller particularly easy to accommodate, or in post-production studios where a test instrument located in an apparatus room can be accessed from an unlimited number of workstations.

Multiview monitoring system allows users to monitor streams from satellites, camera feeds, playout devices and other sources simultaneously; features a robust system for signal problems, as well as meters for audio and VU analysis; works using ordinary Ethernet and does not need any special hardware to run, as a standard PC or workstation will do; fully customizable interface makes it easy to use; when combined with Cinegy Gateway, it is possible to monitor both SDI and IP streams simultaneously.

Streaming media system is designed to deliver high-quality and simple operation; is built on the quality of ViewCast Osprey technology; allows even non-technical personnel to stream high-quality live video; its built-in Web interface simplifies system setup and operation, allowing complete system control from anywhere on the network; all that is necessary to begin streaming in multiple resolution and bit rates is to set streaming parameters and to press a single button on the front panel.

Universal 3G-SDI converter provides high-quality bi-directional conversion between a range of analog and digital video formats; high-resolution RGB/YPbPr output is selectable as virtually any PC or HDTV resolution; with the exclusive AutoSet feature, it takes the hassle out of setup by automatically sizing and positioning so that the computer image fits exactly on the video screen; the second output can be set to a completely different format and resolution.

SAM system allows monitors to be controlled with digital network to enable the building of highly flexible computer-controlled systems of monitors; acoustical features of SAM can be optimized with software calibration tools to suit individual working styles and systems of monitors; one of the tools is AutoCal, Genelec’s acoustic calibration solution that is supplied alongside the Genelec GLM loudspeaker management software package; with GLM software and AutoCal, a monitor can be turned into the reference that is needed.

Four-channel HD-SDI capture card is designed for use with Telestream’s Wirecast webcasting software; in a single PCIe slot, it provides up to four independent HD-SDI inputs with up to 16 embedded audio channels per SDI source, taking up an absolute minimum of the real estate inside a PC; not only sends video feeds to Wirecast for streaming, but also it simultaneously records all of the original video and audio feeds to disk — ready for post-event eidting.

Delivers real-time monitoring, including quality of experience and customer insight as Software as a Service for digital TV, IPTV and streaming media providers; offers all of the real-time monitoring features of the standard MiriMON product but with the additional benefits of cloud deployment, such as subscription-based pricing, making it available to operators of all types and sizes; helps operators make significant improvements to the quality of their delivered services, improving customer loyalty and increasing the rate of new customer acquisition.

Luminaire is designed to behave just like a traditional fresnel, with a wide variable beam angle and the ability to shape the beam using standard barn doors; has a tunable color temperature from 2700K to 8000K; produces 9700 lumens of light, giving an output comparable to a traditional 2kW tungsten Fresnel while consuming just 200W of power; features local, DMX and Ethernet control of CCT, intensity and white +/- correction.

Entry-level robotics control system is designed for use with small, robotic heads; using a flexible Ethernet network architecture, the unit has a Windows-based touchscreen user interface that can be configured to control up to four heads and store up to 40 pre-set shots; desktop solution is easy to upgrade to include a user-configurable option, with the capability of controlling up to eight heads and 200 pre-set shots; supports the Intelligent Control Engineering (ICE) protocol that is incorporated into the recently released series of Vinten Radamec next-generation heads.

Portable broadcast studio includes everything needed for a live transmission — broadcast-quality lighting, HD cameras, a teleprompter and media management software; can be taken anywhere and built in a single day; once built, users can sit in a comfortable, self-contained, fully automated environment and broadcast their presentations to their audiences without the expense or hassle of additional technical resources; available in three sizes.

Part of the FORK Production Suite 3.5, cross-platform module is a metadata-tagging tool that allows for logging live or pre-recorded video; its tightly integrated and configurable user interface enables content loggers to tag video with defined metadata into the FORK environment effortlessly, making assets easier to manage, automate and monetize; supports multiple layouts per system; users can work live with ingesting feeds or can call up existing clips inside FORK.

File-based frame-rate and standards conversion tool enables quality management and advanced algorithmic processing within video and audio streams during content preparation or transcoding; is offered as a turnkey file-based system for accelerated media transformation that can run multiple concurrent frame-rate conversions and/or transcodes to transform high volumes of content with excellent efficiency and quality results; manages even the most difficult standards conversions with ease.

Portable CWDM remapper/multiplexer transports up to six digital optical or six SDI signals over a single fiber, allowing users to transport additional signals easily in situations where there are an insufficient amount of available fibers; now can transport 12 to 18 SDI signals in just a single rack using two to three single-mode fibers, respectively; enables users to input any digital optical signal — with a data rate of up to 4.25Gb/s — to be received and retransmitted at a CWDM wavelength and launched into the CWDM multiplexer; at the other end of the link, the signal is then demultiplexed and restored, eliminating the need for wavelength-specific units in CWDM applications.

Real-time HD/SD 2D and 3D character and graphics generator is designed for the NewTek TriCaster — an all-in-one, integrated live production system that offers the power of a live network studio; compact, lightweight system provides producers with up to two HD or SD full-motion channels of Chyron graphics that stream directly into the TriCaster over a network connection without tying up any of the video inputs; allows users to leverage Chyron’s Lyric PRO graphics application to create live, full-motion broadcast graphics, 3D animations and transitions.