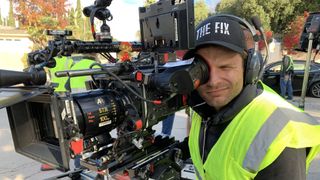 The goal in bringing in the Cooke Optics lenses was for the show to maintain its look from the first season, but for the lead actresses to have a “warmer” look on screen, according to Toby Oliver, ASC, the show’s cinematographer.

“With the Cookes, I had more flexibility, but they also gave me an edge in making the actresses look good, while keeping the overall tone continuous from season one to season two,” said Oliver.

Additional benefits of the Cooke lenses, according to Oliver, was the ability to add a softness to shooting in 6K digital; different options when shooting in full-frame mode; and the ability to collect detailed lens data for reference and have it displayed on the monitor.

The second season of “Dead to Me” is available on Netflix now.