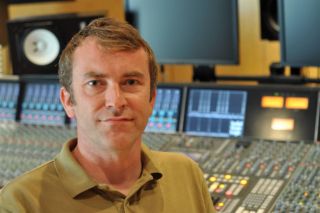 OXFORD, UK – Solid State Logic is pleased to announce that Dominic Jacobson has been appointed Area Sales Manager serving different zones, such as South Europe, North Africa or India. Jacobson has an extensive background in sales of high-end gear to film post production companies, broadcasters and musicians/composers. He speaks both French and Spanish fluently and has worked extensively in India, Russia, the Middle East and Southern Europe.

“At SSL we pay close attention to our customers, so industry expertise and personal commitment are a must have for anyone joining the SSL team,” says Philippe Guerinet, director of international sales for SSL. “Dominic is greatly respected in many countries around the world because of his vast skill level and enthusiasm. He brings with him an excellent track record in equipment sales and hands-on studio experience, so he understands the needs of a creative studio environment from both sides of the glass. We are indeed excited to welcome him on board.”

Jacobson is also involved with music production and content creation including work with Charlie Watts and leading session drummer, Jim Keltner, as well as award-winning artists such as multi-platinum Japanese R&B singer, Misia, as well as Ursula Rucker and the group Tom and Joyce. He has performed remix and production work for major labels such as Sony, Mercury and Virgin, as well as for smaller labels such as Talkin' Loud, Yellow Productions and K7. In addition, Jacobson is a successful composer, having penned the title music for the London Live show on the UK’s Channel 4, which is now in its eighth season, as well as composing content for advertisements and virals for Nike, Ford, Proctor & Gamble and LG.

Solid State Logic is the world’s leading manufacturer of analogue and digital audio consoles and provider of creative tools for music, broadcast and post production professionals. For more information about our award-winning products, please visit: www.solidstatelogic.com.