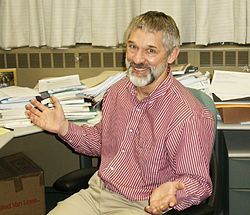 According to Genachowski, Wildman “has a stellar record as an economist and has conducted important research on broadband adoption and spectrum management, among other topics.”

Wildman will take over as chief economist from Marius Schwartz, who is returning to his prior role as a Professor of Economics at Georgetown University.