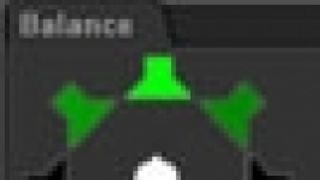 With the CALM Act, U.S. broadcasters now must monitor and log the loudness of commercials, both in absolute terms and relative to the program. While managing loudness is important, it's only part of what's required to deliver quality audio to today's viewers. The shift to surround sound from stereo brings additional complexity to the tasks of audio monitoring and quality assurance.

Unfortunately, this comes at a time of tightening budgets and shrinking pools of skilled personnel. These changes are forcing many people unfamiliar with the subtleties of audio into roles where they are responsible for ensuring its quality.

The Qualis Audio Sentinel is best described as an electronic listener that reports QoE judgments over a network connection. It measures loudness, downmix compatibility, intelligibility, levels, balance, hum, metadata and other relevant parameters.

Although it can display results graphically in a standard browser window, it doesn't need to, as all measurements create numeric results that are tested and generate alarms if outside user-selected boundaries. This allows the system to function equally well as an unattended monitor, reducing personnel requirements, or as an assist to a skilled operator, allowing attention to be put on other tasks besides policing common audio issues.

Loudness and other audio parameters are defined and measured from beginning to end of a programming segment. Practical broadcast streams interrupt programs with commercial advertisements, which themselves must be independently measured. Real-time monitoring and logging requires independent assessment of program material and of the commercials that separate or interrupt it. This normally requires multiple measurement meters or convoluted and error-prone manipulation of the data provided by a single meter. The Sentinel surround-sound audio monitor solves this problem by maintaining two independent meters for each of the two audio streams it measures.

A little known fact about the internationally standardized method of measuring loudness is that for some material, the loudness results vary with the reproduction format. Although a piece of content might match the -24 (+/-2) LU target specified by the FCC when measured in surround, the loudness can fail these limits when reproduced in stereo. The instrument addresses this by measuring all surround content in both its original format and after downmixing to stereo. If a particular program or commercial differs significantly after downmixing, a warning is issued so corrective action can be taken.

Signals from a playout server (via GPI lines or Ethernet) let the audio monitor know when the stream is a program versus a commercial, and when a new program or commercial begins. The instrument handles everything else, creating a time-stamped list of programs and commercials with their loudness and other measured audio-quality parameters.

Sometimes it is impractical to issue this information in real time from the playout server. In such cases, the monitor offers a solution that merges the measurement log data with as-run logs, automatically creating a clear and itemized report of measured loudness (and other measures if desired) for each item broadcast. Content that falls outside legal or user-defined limits is flagged in the report. The results can be automatically e-mailed to a specified distribution list, eliminating the need for labor-intensive manual tracking systems.

Although DTV brought surround sound to the picture, more than half of viewers still listen in stereo or mono, making compatibility of the surround signal with stereo and mono reproduction crucial. Previous commercial attempts to detect downmix compatibility problems, however, required subjective interpretation of complex visual displays. Essentially a multidimensional version of the scope display long used to assess stereo-to-mono compatibility, they require a skilled operator's attention. Such displays cannot be distilled down to a pass/fail result, making true unattended monitoring impossible.

The Sentinel's patent-pending technology compares what a human would hear when listening to the surround program with what would be heard listening to a downmixed version. It computes the spectral differences between the two, allowing simple alarm thresholds to be defined. The user simply selects how much degradation is acceptable when the surround mix is converted to stereo. The detection algorithms provide duration thresholds as well, ensuring that transient problems are ignored and only sustained problems generate errors.

Some customers employ the system as a “forensic” tool, making measurements on content after a question arises about its suitability. Its extensive analysis ability allows rapid assessment of problems, and the storage of all measurement data eliminates the need to re-measure content. Unlike other instruments that log measurements, the user does not have to review confusing text files of measurement data. Log data is viewed through the same intuitive GUI that displays real-time measurements.

With CALM Act requirements becoming effective at the end of the year, much attention has been given to loudness. Although fully compliant with all international loudness standards, the Sentinel goes much further. Besides characterizing loudness more thoroughly than anything else available, it assesses a wide range of other parameters necessary to deliver quality audio to viewers. By applying psycho-acoustically-based measurement algorithms and intelligent alarm generation, it delivers improved audio quality while decreasing costs.