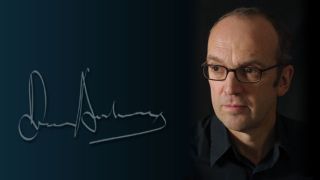 The last huge global sporting event, the 2010 World Cup, was pretty conventional as far as a television event. There was a dalliance with 3-D, but it was much like events before. What set the 2012 Olympics apart was that it was truly multiplatform, utilizing OTT to deliver full coverage of the many simultaneous events, and in a back room, a UHDTV demo.

The Olympics have shown that OTT is not just for VOD, a replacement for the trip to the video store to rent a movie. However, 3-D turned to being a curiosity this time, unlike the scenes we saw of bars full of men in shades during the football matches.

This time, the novelty was Super Hi-Vision (SHV), with NHK providing some sample coverage with the handful of cameras at its disposal. I saw some basketball in 8K, and it is not like watching television. It is more like having a good seat in the stadium. The camera shows the entire scene, and your eyes can roam around to view whatever you please. I guess this will change once the cameras are shipping products. Directors will want close-ups, fast cutting, an interpretation of the game through their eyes.

The SHV demo was like sitting in a theater watching through the proscenium arch. Moviegoers and television audiences are used to a more intimate experience. Contrary to the aims of SHV — to provide a wider field of view for a more immersive experience — the presentation I saw was theatrical. I estimate the field of view was around 60 degrees, half the design aims, but wider than HD at 30 degrees. One day we will have SHV cameras on steadicams, suspended on wires, behind the goal mouth. Then sports will be different. Sitting two arms length from a display extending to the periphery of vision, we will be ducking as the sweat flies off the boxer’s face, or out of the ruck in rugby. All that will be missing is that smell of the locker room!

The success of the Olympics streaming raises the question: Why should a band ideal for mobile and wireless devices, UHF, be devoted to large, line-powered devices that can just as easily use cable, fiber or satellite? Even the upper chamber of the UK’s parliament is questioning the incumbents’ right to that spectrum.

But what happens to free TV? Were we to move to fiber or satellite, that implies a monthly fee. For those who oppose cable TV and fiber, would satellite provide a viable way to deliver over-the-air television? Well, that depends. Many people don’t have a direct line of sight to satellites, especially in dwellings under multiple occupation. Some local planning controls do not allow external antennas on dwellings.

Should the state subsidize a basic service via fiber, funded by a UHF spectrum auction?
These are all emotive subjects and potential vote-losers for politicians. But what about the downside of constraining mobile devices, the impact on the economy? Should wireless evolution be held back by a minority that cannot, or are disinclined to, pay the satellite and cable companies? Ad- or tax-funded satellite is not the complete solution, excluding those who cannot install dishes. The situation is very different for the metro dweller versus the remote farmhouse.

A mix of terrestrial, cable, fiber and satellite has provided a flexible solution supporting subscription TV, ad-funded and license-funded services. If UHF terrestrial were taken out of the mix, who would lose? We know who would gain: the rising proportion of the population who expect TV everywhere, untethered by wires.

The Olympics has demonstrated that IP delivery of live content to a very large audience works. But where do we go from here?