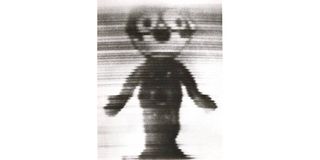 WOOT: Higher-definition TV was upper-cased this week by the good folks of the Consumer Electronics Association, who decided to name 4KTV “Ultra-HD,” I guess because they could. It might also have something to do with eclipsing the use of another numeral in front of the abbreviation for television. That didn’t go so well the last time around.

So now the CEA is BFF-ing TV again, after years of dissing it in favor of smartphones and tablets and anything not TV. Recall that the CEA went steady with broadcasting during HDTV adoption. Then things got rough and the two tried 3DTV, but the CEA was already cheating with smartphones and completely forgot what broadcasting once meant to it.

Now the bloom is perhaps fading off the smartphone. There is increasing evidence that the explosion in data consumption by smartphones is a function of imaginary calculus. And new iDevices are seeming more and more like the old iDevices with the word “new” in front of them. When the innovation gets pretend, a gaping hole appears in the pipeline feeding our cultural addiction to technology —in this case, video technology. Ultra-HD is perfectly poised to fill the void because it’s A) been around for a few years, B) it’s easy to understand the concept, and C) it doesn’t require shutter glasses.

The irony, however, is that while content can now be produced and displayed in Ultra-HD, the likelihood of being able to watch something in Ultra-HD is going to be slight for some time to come. Regular old HDTV hasn’t even caught up with itself as far as viewing. More people have HDTV sets than watch HDTV content. Nielsen recently reported that more than three-quarters of U.S. households now have an HDTV set, with less than half watching primetime in HD. @_@

The most probable explanation has to do with how cable and satellite present HD. There’s the channel lineup, first of all. At my house, if you didn’t know that all the HD channels are in the 600s, you’d never find them. And if you didn’t know it was supposedly the HD tier, you’d never figure it out, because it does not look significantly different from the SD tier. Despite what pay TV operators would have the Federal Communications Commission believe about how broadcasters are bleeding them with retransmission, they themselves are soaking subscribers for HD content apparently transmitted at near-SD bit rates.

I wonder if far-flung systems are as careful about carriage contract bit rates as those in New York, where network executives are eagle-eyeing resolution. I don’t know how many alleged high-definition feeds I’ve seen myself that someone appears to be proudly transmitting at 2.5 Mbps. There are still plenty of multichannel infrastructures that don’t even support HD. There is only one that’s widely available and to be had for the price of an antenna, which is of course, over-the-air.

With regard to Ultra HD, broadcasters unfortunately are hamstrung as long as they’re stuck with doing their primary channel in MPEG-2. Maybe the FCC, in its ongoing bid to be fair or a reasonable facsimile thereof, should consider dispensing with the MPEG-2 requirement and let broadcasters sort out compression themselves. Clearly, it should be an adaptive scheme, with software updatable receivers. This is particularly relevant with the FCC fixin’ to shove two or more stations into one 6 MHz allotment. The incentive auction proposal could at least put a bullet in MPEG-2.

Something’s gotta give, because our good friends at the CEA started pushing Ultra-HD TV sets at a Los Angeles-area electronics store this week. On account of Christmas, you know. TWICE reports that “more than 1,000 customers” were waiting for the sets to go on sale yesterday. Forget that nothing can actually be had in 4K for these new sets. Something tells me that didn’t come up on the showroom floor. - -