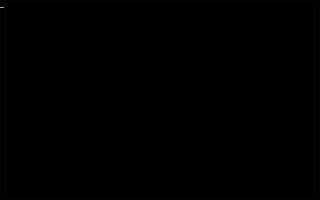 LOS ANGELES: I intended to focus on inanity of retransmission squabbles being “news,” but I have family in Aurora, Colo. An alleged person there slipped off the rails and sprayed bullets into a theater full of folks attending a midnight screening of the new Batman film. Reports are indicating that 12 people were killed and possibly as many as 59 injured.

The local police already have a suspect, whose name is appearing in headlines across the media. I will not repeat it here because to me, it’s blasphemous to the families and loved ones of those 12 massacred individuals. It’s common knowledge that psychopaths crave attention, and by nightfall, this mouth-frothing murderous freak will be a notorious celebrity. What he should be is relegated quietly to an interrogation room until the District Attorney can get him locked in a cell for the rest of his life. Instead of headlines on front pages blaring, “Lone Gunman,” his name should come out months from now, buried on page six and prefaced with, “impotent, cowardly lunatic.”

I’m not suggesting that the media drives these deranged individuals to commit horrible acts. The media is already blamed for more than it could ever intentionally accomplish. The media, while comprised of journalists, is also an organism independent of the individuals who make it up, due in large part to the Internet. Most journalists I know are overworked, underpaid, sleep-deprived, schlemiels whose intention to defend the First Amendment has devolved into a tap dance of traffic, ratings and what can be sold against.

The business has always been colored by manipulation and flummery—no question. But before digital journalism, there was a little more time to actually vet breaking news before going out with it. Mistakes were still made, don't get me wrong. I was on print deadline at B&C several years ago when a tip came in that Barry Diller was buying a network, and I had to chase it down. A long-time industry analyst pointed me toward GoodLife TV, a network then owned by the Unification Church. Barry bought Trio, about as not GoodLife as you could get. Had the printers not been drumming fingers waiting for me, I would have hounded people with phone calls into the night, but I didn’t stall and I got it wrong.

I understand the buck stopped squarely with me, despite the extenuating circumstances. I also understand how much worse the pressure to publish is in the digital age, when “breaking” news comes down to seconds, and your stock in trade is clicks. So it is then, that when Matt Drudge, a subversive conservative tool masquerading as a journalist, squeezes out some gossip about Condoleezza Rice as a running mate for Mitt Romney, it races through the media like a wildfire, overtaking “legitimate” journalists late to identify it as a apparatchik trial balloon.

They got it wrong, just like I did more than a decade ago—and of course I’ve made mistakes since then. Everyone makes mistakes every day. The cultural taboo of admitting it doesn’t make it less true. It just makes us all less honest, like people who regularly mislead reporters for their own gain, or because they can—as Drudge did. The retransmission brannigans over the last couple of weeks illustrate the first situation. These things have been going on for more than a decade. There’s absolutely nothing new from one to the next.

Neither party reveals numbers in any sort of relevant context, but rather in whatever way best reflects on their own position. Both take to the media as if they’re single-handedly defending baseball, mom and apple pie, and we dutifully report their baloney as if it’s actual news rather than a wholesale attempt to influence policy. What we should be covering is why, if retransmission fees are responsible for escalating cable bills as providers claim, don’t they refund subscribers during the network blackouts for which they are partially responsible? That always ends up being an aside.

I have issues with people who manipulate the media, even though I am knowingly and otherwise handled myself. Does my gullibility somehow reduce me more than someone else’s willingness to lie, like the person called “Ryan Holiday,” who apparently makes it his business to lie to the media, according to Forbes, if they haven’t been lied to. He practices a sort of reverse “gotcha” by posing as a legitimate source. He proceeds to spin fabrications, and then brags about having his lies quoted. How this is doing anything other than serving his ego, I do not know. It’s not just my First Amendment. It’s everyone’s First Amendment, and lying to reporters does nothing but degrade us all.

Copy editors and fact checkers were among the first to go in the downsizing that’s taken place across media companies over the last decade. Maybe there’s a business model for a sort of AP-type service that just copy edits and vets. Mr. Holiday could start such a universal copy desk. It would be a bit more constructive than lobbing verbal Molotovs.

That said, the need for institutional redirection remains. As long as we breathlessly cover retransmission fights like conflagrations, the companies involved will feed us as much dry tinder as we can burn.

As for mass murderers—they walk freely among us, headlines or otherwise. I just wish the practice of glorification by headline would disappear from the face of the Earth, along with their kind. As far as I know, my family is OK. Scores of other Colorado families are not. With the greatest and most profound sadness, I am so sorry.

Post Script: Whether it was symptomatic of breaking news neurosis or sheer stupidity, there appears to be no excuse whatsoever for ABC’s huge gaffe linking the Colorado murderer to the Tea Party. I look forward to the organization's explanation.