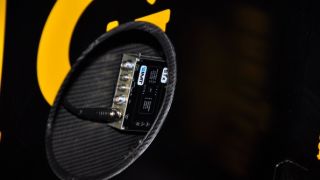 IMT’s RF Central microLite HD digital transmitter was on board Jetman’s jet-engine powered wing to help the aviation trailblazer transmit high-quality live HD video of his flight to receive sites below and for live broadcast feed to New Zealand Channel 3 News. It enabled tens of thousands of fans to view his flight up close and personal on displays positioned on the ground. The New Zealand International Air Show, which took place at North Shore Airfield, marked the first time Rossy flew in New Zealand.

Known as the only man to fly with a jet-propelled wing, the 53-year-old’s perilous flight begins as he drops from a plane with only his wing, comprised of carbon fiber and four jet engines, keeping him in the air. Reaching speeds of up to 300km/h, Rossy steers using his body movements. According to Rossy, this allows him to fly as free as a bird. Thanks to IMT’s microLite video transmission capabilities, those attending the air show could view his flight, which was captured by two GoPro cameras mounted on the jet pack��s wing tips.

The microLite transmitter provides high-quality, full-HD video directly to ground-based receive equipment. The RF Central microLite HD is an ultra-compact MPEG-4 COFDM digital transmitter designed for the next-generation of compact cameras featuring full HD/SDI capabilities. Its ease of use and ultra-low electrical power requirements gave Rossy everything he was looking for when selecting the video transmission equipment for his flight.

The antenna on his wing is a blade antenna from Haigh Farr, recently acquired by the Vitec Group. Haigh Farr represents some of the finest antenna engineering in the world. Offering a truly hemispherical pattern, its blade antenna helps ensure that the signal is transmitted to the ground.