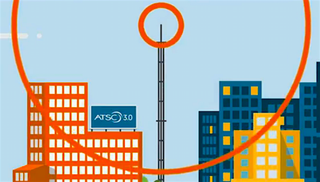 In the more than 25 years since ATSC 1.0 was introduced, Advanced Television Systems Committee (ATSC) standards have completely transformed the U.S. broadcast industry, defining exactly how television signals are broadcast and interpreted. Without ATSC 1.0, the over-the-air broadcast industry would not have been viable, but this year marks the long-awaited introduction of the latest standard: ATSC 3.0.

The first new standard to be introduced to U.S. broadcasters in more than two decades, ATSC 3.0, which has recently been branded “NextGen TV,” will bring new interactive services and higher-quality video to millions of consumers across the country. As the world’s first IP-based television standard, ATSC 3.0 is breaking new ground, offering broadcasters a greater range of capabilities to help them modernize and futureproof over-the-air transmission. However, to fully appreciate the impact ATSC 3.0 is likely to have, it’s important to look back at the role ATSC 1.0 has played in shaping the broadcast industry as we know it today.

SWITCHING FROM ANALOG TO DIGITAL

Before ATSC, U.S. broadcasters adhered to the National Television System Committee (NTSC) standards. In use from 1954, the analog television color system was compatible with black-and-white receivers and remained dominant for almost 50 years, until the broadcast industry began the transition to digital. This intended switch was the catalyst for ATSC 1.0, which from 1996 dramatically improved the quality of television and introduced viewers to high-definition resolution for broadcast television with Dolby Digital audio. The widespread adoption of this new standard across the U.S. broadcast industry marked the first step in the HDTV revolution, replacing traditional analog TV signals with digital broadcasting—a move finalized in the U.S. in 2009.

With the switch to digital, viewers were able to experience better picture and sound quality, while the digital signals were no longer susceptible to the same degradation as analog signals. By facilitating digital broadcasting, ATSC 1.0 also allowed broadcasters to broadcast movies in their original widescreen format, rather than having to “pan & scan” films to be viewed on smaller 4:3 TV screens.

Since ATSC 1.0 was introduced, the way we consume media and the technology we use has changed dramatically. Back in 1996, the world-wide-web was still in its infancy and only 0.04% of the world’s population had internet access, but fast forward to today and viewers now expect to be able to watch content on mobile devices just as they do at home. Consequently, ATSC 3.0 has been developed to respond to these changes in technology, making use of both over-the-air signals and broadband connections to deliver an experience closer to cable or satellite and that is in line with modern-day viewing habits and desires.

Given that it has also been dubbed ‘NextGen TV’, it is clear that there are high hopes for ATSC 3.0 and what it can potentially offer both broadcasters and viewers. ATSC 3.0 is anticipated to provide improved picture quality thanks to HEVC encoding as well as high dynamic range (HDR), wide color gamut (WCG) and high frame rates (HFR). It will also be futureproof, meaning it could support additional benefits further down the line.

Additionally, Scalable HEVC (SHVC) can deliver an Enhancement Layer that enables HD signals to scale up to 4K. These developments to SHVC mean that over-the-air broadcasters will be able to carry UHD, which could possibly allow them to offer subscription packages for those willing to pay to enjoy 4K, immersive sound and secondary audio commentary, for example, and therefore realize new revenue streams. The potential to create new revenue streams also extends to advertising as ATSC 3.0 allows broadcasters to collect data on viewers themselves, rather than relying on third-party agencies. This will enable broadcasters to gather information, such as the location and age of viewers, and use this to tailor ads to the individuals whose televisions or smart devices are connected to the internet.

The ability to create new revenue streams, in the form of subscription packages and targeted ads, gives broadcasters the opportunity to replace lost retransmission revenues, therefore, helping their businesses remain viable in an increasingly competitive landscape. Further to this, as broadcasters will be able to offer more channels and new services, ATSC 3.0 will enable TV stations to offer a more valuable proposition to cable organizations. Consequently, this is likely to lead to a stronger partnership between cable services and over-the-air broadcasters that make use of ATSC 3.0.

A STANDARD FIT FOR THE FUTURE

Ultimately, ATSC 3.0 offers broadcasters a chance to modernize so they can offer viewing experiences not only fit for the present, but also for the future with the standard’s IP backbone crucial to this. While the current global situation has potentially slowed the transition to ATSC 3.0, plans remain in place to roll it out in more than 60 U.S. markets this year with nine  markets already currently “on the air” and three readying broadcasts. ATSC 3.0 represents the cutting edge of what broadcast technology can achieve so although adoption isn’t mandatory it is likely to be widespread over the next year—revolutionizing the broadcast industry afresh.