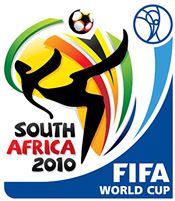 One sure way to get HD coverage of the World Cup in Russia is simply to pay for it, like much of the rest of the world. Akado, a Russian cabler, said it added a new premium channel (2Sport2) to its current HD tier just prior to the start of the month-long soccer tourney that ends on July 11.

The World Cup HD venue is a joint venture between Channel One, the Russian national broadcaster, and RTR.

This pay-TV channel appears to be the only realistic means for Russian viewers to see any of the World Cup games. In countries such as the United States, virtually all of the Cup's 64 matches are available on cable and/satellite to subs — while a handful of contests also air on free broadcast venues, as well. (In America's case, it's a combination of Disney-owned ABC broadcast and Disney-owned ESPN.)

Akado's current roster of HD viewers for all programming is still on the low side, with only about 15,000 HD subs prior to the start of the World Cup. The cabler's HD transmissions on 2Sport2 also are being carried by a St. Petersburg cabler, TKT, according to Broadband TV News.

Akado has not yet announced plans for what will happen to 2Sport2 after the World Cup ends, although it likely will remain dormant and be put back into use for the next global sporting event to come along.