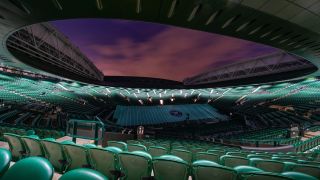 LONDON—The 134th Wimbledon tennis tournament will have to wait a year, as the All England Club (AELTC) and the Committee of Management of The Championships have announced that they are cancelling the 2020 Wimbledon tournament because of the coronavirus pandemic.

“Uppermost in our mind has been the health and safety of all those who come together to make Wimbledon happen—the public in the U.K. and visitors from around the world, our players, guests, members, staff, volunteers, partners, contractors and local residents—as well as our broader responsibility to society’s efforts to tackle this global challenge to our way of life,” read the official announcement.

Preparations for the tournament were supposed to begin in April, but the AELTC says that because of government restrictions they would not be able to properly prepare the tournament for a date in 2020.

The French Open tennis tournament, another of the four majors, had previously announced that it was delaying its tournament from its May dates to September.

ESPN was scheduled to broadcast Wimbledon 2020. The French Open will be broadcast on NBC.

Other major sporting events, including the 2020 Tokyo Olympics, NCAA Men’s Basketball Tournament, the NBA and NHL regular and postseaons, MLB opening day and more have also postponed or cancelled because of the coronavirus.

Many broadcasters and production companies, like NEP, have been impacted by these postponements.