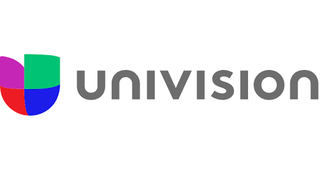 MIAMI, LOS ANGELES & MEXICO CITY—After reports on Monday, Feb. 24, that Univision was nearing a sale, an official agreement was reached between Univision Holdings Inc., Searchlight Capital Partners and ForgeLight LLC that will have Searchlight and ForgeLight acquire a majority ownership stake in Univision.

Televisa, which was a previous stakeholder in Univision, has elected to retain its 36% stake in Univision amidst the deal. Televisa’s Program License Agreement with Univision will remain in effect and will not expire unless Televisa voluntarily sells down a substantial portion of its ownership stake, at which point the agreement would remain in place for an additional 7.5 years. The agreement with Televisa provides Univision with a large Spanish-language video library.

SearchLight and ForgeLight are set to purchase the remaining 64% of ownership interest in Univision. Wade Davis, founder of ForgeLight and former CFO of Viacom, will become the CEO of Univision upon close of the deal. The transaction is expected to close later in 2020.

Univision provides national and local Spanish-language news, sports and entertainment, as well as a Hispanic radio network and Latin music media platform, that is available through a multicontent platform.

“We are a re-energized and refocused company, and today marks the start of an exciting new chapter with partners that recognize the excellent position Univision is in,” said Vince Sadusky, CEO of Univision. “Both Searchlight and Wade are wholly supportive of Univision’s core mission to entertain, inform and empower Hispanic America and fully embrace the commitment and special bond we have with our audience.”

“I am honored to be partnering with Televisa and Searchlight to help steward Univision into this next phase,” added Davis. “This group of owners will be able to support the incredible team at Univision to deliver even more value to its advertisers, distributors and most importantly, its audience.”

Searchlight and ForgeLight’s acquisition of Univision will be subject to customary closing conditions, including receipt of regulatory approvals.