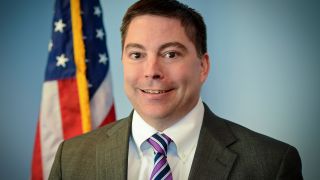 WASHINGTON—Michael O’Rielly’s renomination as an FCC commissioner was rescinded by President Trump Monday, according to published reports.

O’Rielly was originally nominated to the FCC by President Barack Obama and was sworn in November 2013. He was sworn into a second term in 2015. His term expired in June.

O'Rielly is a conservative who generally favors deregulation, including of ISPs and lifting media ownership rules given the rise of competition from cable and broadband and satellite, and was instrumental in loosening KidVid regs on TV stations.

The renomination of O’Rielly for another term was reportedly put on hold in July by Senator Jim Inhofe because of the FCC’s decision to allow Ligado Networks to deploy a lower-power national mobile broadband network.

NAB President and CEO Gordon Smith released the following statement in response to the news O'Rielly's nomination had been rescinded:

“Mike O’Rielly has been a sterling public servant for as long as I have had the privilege of knowing him, a span of time covering my years in the Senate and throughout my time leading NAB. He is the consummate professional—smart, diligent, honest, and fair. For these and many other reasons, NAB has been proud to support his continued service at the Commission. But for these reasons also, I have every confidence that he will succeed wherever he casts his lot.”

There has been no comment from the FCC or O'Rielly at the time of publication.