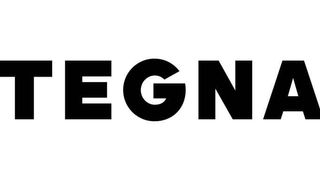 TYSONS CORNER, Va.—Ahead of the Tegna annual shareholders meeting, the Tegna Board has issued a fact sheet in an attempt to set the record straight on what it says are factual errors and false and misleading statements from Standard General—the largest equity holder of Tegna—regarding Tegna’s business.

“At a time when steady, experienced leadership is needed more than ever, Standard General is seeking to destabilize Tegna’s Board of Directors and is misleading Tegna shareholders with a campaign of disinformation and disregard for the truth,” said Howard D. Elias, chairman of Tegna’s board

Any claims from Standard General that Tegna is not open to transactions and that the board failed to engage with suitors is incorrect, per the fact sheet. Tegna says it has made public disclosures regarding potential transactions, as well as citing SEC filings and press accounts. TV Technology had multiple reports on parties interested in acquiring Tegna, and Tegna’s acknowledgement of such talks.

Tegna also says that is has top-of-market Big-Four retransmission rates, and the data shared by Standard General is a misleading comparison between Big-Four and non-Big-Four affiliates.

The full fact sheet is available at TEGNAvalue.com.

This is all leading up to the annual Tegna shareholders meeting on April 30, for which Tegna’s board wants shareholders to vote for all Tegna nominees to the board.

“Based on the facts, as well as the strong track record of our Board and management team, the choice is clear—and we thank our shareholders for their support,” said Elias.

“The Tegna board is marshaling misleading analyses and data in a desperate attempt to deflect responsibility and attention from Tegna’s persistent underperformance, strategic missteps and governance failures. Tegna cannot avoid facing the simple fact that its shares are trading below $11 today. We are confident that no amount of shifting explanations, inappropriate comparisons and contradictory analytical methodologies will distract shareholders from the urgent need of change at Tegna.”