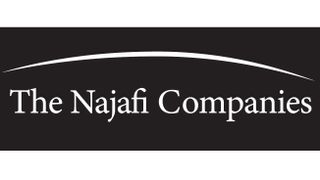 PHOENIX & FORT WORTH, Texas—The Najafi Companies and Trinity Broadcasting Network have entered the market of companies attempting to acquire Tegna Inc. The two companies’ joint offer is $20 per share for the U.S. broadcast, digital media and marketing services of Tegna.

The Najafi Companies is a private global investment firm, while TBN is a faith-and-family broadcaster that says it reaches more than 175 nations.

For the acquisition of Tegna, Najafi and TBN expect to create a wholly owned new entity. They propose that as a private company, Tegna would be able to execute a long-term value creation strategy, “free from short-term public shareholder objectives.”

Najafi and TBN are not the only bidders for Tegna, however. Back in 2019 Apollo Global Management’s bid had been confirmed by Tegna, while recent reports have also identified media mogul Byron Allen as an interested party. Gray Television had previously made a bid for Tegna of $8.5 billion, but has since withdrawn the offer.

Tegna owns 62 TV stations and four radio stations across 51 markets, with a reach to 41.7 million households.