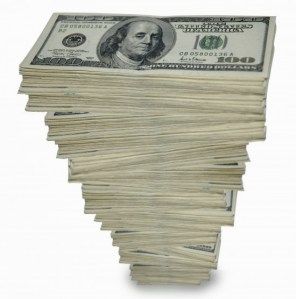 WASHINGTON: Take that, spectrum vultures! Local TV and radio stations support 2.52 million jobs and add $1.17 trillion a year to the U.S. gross domestic product. This, according to a study from Woods & Poole Economics with support from BIA/Kelsey. It was commissioned by the National Association of Broadcasters as the lobby battles for preservation of its airwaves, which the Obama Administration wants for wireless broadband.

The study indicates local broadcasting accounts for 7 percent of the nation’s GDP. NAB chief Gordon Smith used the results to answer the ongoing mantra that wireless broadband will inject billions into the economy.

“Decision-makers now debating spectrum policies need to be cognizant of the millions of people and thousands of businesses reliant on the unparalleled impact of local TV and radio for economic survival,” he said.

“An Analysis of the Importance of Local Radio and Television Broadcasting to the United States Economy” calculates three levels of impact—direct, indirect and stimulative. It notes that local broadcasting employs more than 305,000 people directly and in support industries, contributing more than $59 billion annually to the GDP. TV accounts for 187,000 jobs and $30 billion; radio, 118,000 jobs and $19 billion.

“The advertising provided by commercial local television and radio is unique in its comprehensive coverage and very low cost to consumers,” the study states. “This information increases market efficiencies and results in greater demand for well made and well priced goods and services. The additional demand contributes to aggregate economic growth.”

Researchers focused on commercial 13,077 TV and radio stations only; noncommercial stations and networks were not considered. The study is available in .pdf form at NAB.org.