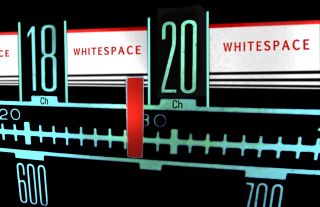 WASHINGTON: Spectrum Bridge is on a roll. The company has won approval from the Federal Communications Commission to test its TV white spaces database. The news came a day after the Lake Mary, Fla., company scored $8.8 million in second-round funding.

The FCC gave Spectrum Bridge the go-ahead for a 45-day trial beginning Sept. 19. Its database will be used by unlicensed devices designed to operate in the TV bands. The devices, which are not yet commercially available, will have to ping the database to find empty frequencies. These frequencies were traditionally left unoccupied to prevent interference among analog TV signals. Digital signals are considered less vulnerable, thus the FCC is opening those unoccupied channels for personal devices.

The commission notes that its rules “require that unlicensed TV band devices contact an authorized database system to obtain a list of channels that are available for their operation…. Such devices are required to provide their geographic location, by means of a secure Internet connection, to a TV band database system authorized by the commission. The database will then return a list of the channels available for operation by the device for its reported location.”

The purpose of the trial is to see if Spectrum Bridge’s technology accurately identifies both occupied and unoccupied channels, as well as facilities afforded protection by the FCC. Those include licensed TV stations, translators and receive sites, fixed broadcast auxiliary service links, cable headends, private land-mobile radio, offshore radio telephone, certain radio astronomy and wireless microphone sites. Since Spectrum Bridge will rely on commission data to prevent interference, all incumbent operations must be accurately registered with the commission.

The FCC said that parties may participate in the trial by going to an online test facility set up by Spectrum Bridge, set to become active Sept. 19. The commission encouraged participants to “test the channel availability calculator; the cable headend and broadcast auxiliary temporary receive site registration utilities; and the wireless microphone registration utility to ensure that each of these elements of the database system is working properly and providing the interference protection required under our rules.”

Inaccuracies and errors are to be reported to Spectrum Bridge on the trial website. The trial will conclude Nov. 2 unless the FCC’s Office of Engineering and Technology decides to extend it. Once the trial is complete, Spectrum Bridge will compile a report for the FCC

Spectrum Bridge was one of nine companies conditionally approved by the FCC in January to provide white-space database management services, and the first to have its technology go to trial. A tenth—Microsoft—applied late and won approval in July. The other eight include Mountain View, Calif search giant Google, Comsearch of Ashburn, Va.; Neustar of Sterling Va.; Key Bridge Global of McLean, Va.; KB Enterprises of Washington, D.C.; Frequency Finder of Toccoa, Ga.; Telecordia Technologies of Piscataway, N.J. and WSdB LLC, which listed no headquarters. The company’s listed website also appears inoperable.

The FCC first put out its call for database managers in November 2009. It revealed the nine applicants a year later and granted them conditional approval this past January because final rules were issued after the proposals were submitted.

The designees are expected to file supplemental information on their original proposals, but the FCC said each had sufficient “technical expertise” for the task, as well as viable five-year business plans. The companies will be allowed to charge fees for “fixed TVBDs and temporary broadcast auxiliary fixed links.

Spectrum Bridge, founded in 2007, came to the table with white-space experience. The company participated in the creation of a white-space broadband network launched in Claudville, Va., in late 2009. It has since been involved in white-space network launches in Wilmington, N.C., Plumas County, Calif., Logan, Ohio and Lake Mary. It also offers a couple online spectrum database platforms--SpecEx enables a search of existing licensees; Show My White Space generates a list of empty TV channels in a designated area.

Along with the funding round yesterday, Spectrum Bridge also announced the appointment of Rod Dir as president and CEO. Dir previously was chief operating officer of Firethorn LLC, a mobile commerce company acquired by Qualcomm. He was also a COO of Cincinnati Bell and Powertel.

Part II:“Geo-location Databases Become Primary Means of Avoiding Interference”
Geo-locational TVBDs will have the means to communicate their latitude and longitude to designated databases tracking open and occupied TV channels.

Part III: “Nine Vie to Manage White Space Database”
The devices will have to reference the databases to locate open and occupied spectrum.

Part IV: “Wireless Mics Afforded Two Exclusive Channels”
The biggest change to the 2008 rules in last Thursday’s FCC order is the reservation of two channels between 14 and 51 for their exclusive use. Those two channels will accommodate at least 16 wireless mics operating at 220 kHz. Wireless mics will also still be allowed to share TV channels, or in some cases, register in the TVDB database.

September 15, 2010:“Ohio Hospital Launches White Space Broadband Trial”
The Hocking Valley Community Hospital in this Midwestern town has deployed a medical white-space broadband network. The hospital was aided by Google and Spectrum Bridge on the project.