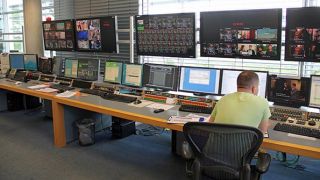 SBS Broadcasting, based in London, has a wide range of broadcast clients. One — a Swedish channel — wanted to be able to increase its number of regions from four to 18 in order to provide a more flexible advertising offering. Using traditional playout chains would have been prohibitively expensive, so SBS took the opportunity to explore the channel-in-a-box market and selected Pixel Power.

Nine 2-channel ChannelMaster systems play out the 18 regional variants, powered by Pixel Power’s Gallium automation and asset management system during the ad breaks and slaved to the already-installed Aveco Astra automation system at other times. The technology is also integrated with the existing Front Porch Digital archive system, from which it gathers the already-ingested commercial material. The installed scheduling system and workflow provides the playlist for each region with all 18 channels able to be monitored on a single Gallium client.