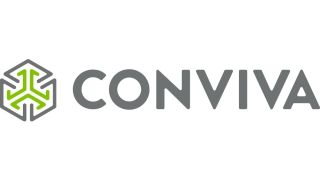 FOSTER CITY, Calif.—Streaming is not immune to COVID-19-related impacts, as Conviva’s “State of Streaming” report for Q2 2020 found that streaming video advertising saw a sharp decline globally and in the U.S., while overall streaming numbers for May and June also dipped after a high in April.

Conviva reports that advertising demand dropped in Q2, in part due to a lack of sports, with advertising attempts across the globe decreasing by 28% from Q1 2020 numbers, while down 22% in the U.S.

However, streaming ads saw improvement in overall quality, Conviva found. Viewers spent 38% less time waiting for an ad to start in Q2 compared to Q1, resulting in a 22% drop in pre-ad viewer-initiated exits. Conviva also reports that ad picture quality improved, with bitrate up 53%. Still, despite these improvements, nearly 45% of ads represented missed opportunities, with the most common advertising issues being the lack of demand as publishers try to fill slots, but no relevant ad is available.

“Shelter-in-place mandates skyrocketed streaming viewership in April, led by Europe, which saw a 174% increase year-over-year,” said Bill Demas, CEO of Conviva. “Unfortunately, advertising moved in the opposite direction with global demand significantly reduced due to COVID-19. We expect advertising to bounce back in the coming quarters as the industry and viewers acclimate to a ‘new normal,’ including streaming being part of the everyday routine.”

In regards to the increased streaming viewership numbers Demas mentions, the global share of Smart TV viewing more than doubled as viewing time increased 239% year-over-year. Connected TV devices, meanwhile, saw a 61% increase, and game consoles had a 51% increase year-over-year. Connected TV devices had the largest share time in both North America (56%) and Europe (32%).

Additional findings from Conviva’s report include more people watching YouTube content on connected TVs and consoles, representing 25% of YouTube viewing in Q2, a 69% increase from Q2 2019.