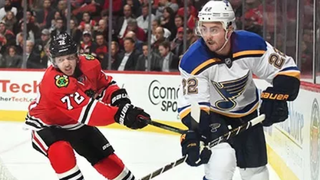 NEW YORK—The National Hockey League’s return to the ice is ready for fans’ TV viewing pleasure, as the NHL has released the official game and broadcast schedule for the qualifying rounds of the 2020 NHL playoffs.

The NHL, which was postponed in March because of the coronavirus pandemic, will feature eight best-of-five series games between teams No. 5-12  in both the Eastern and Western Conferences, as well as round robin games between each conference’s top four teams, to determine final playoff seeding and first-round matchups.

NBC Sports will handle the U.S. broadcasts of the games and air them on NBC, NBC Sports Network and USA Network. In Canada, the games will air on SN and its affiliated stations, TVAS and CBC. A total of 21 games will also be available for streaming on NHL.com, though local blackouts will apply.

For these opening qualifying round and round robin games, the NHL has scheduled up to 10 hours of game action a day, with games starting as early as noon and as late as 10:30 p.m. (again, all ET).

Games will start on Aug. 1 with the New York Rangers taking on the Carolina Hurricanes. Times are set for all games between Aug. 1-5, with official times for games Aug. 6-9 to be determined.

The NHL joins MLB and the NBA as sports leagues that are returning over the next week after month-long hiatuses because of COVID-19.

For the full schedule, visit nhl.com.