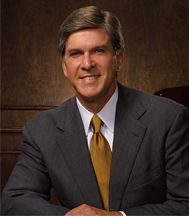 Gordon Smith
Gordon Smith, president/CEO of NAB, along with Keiichi Kubota, director general of the NHK Science and Technology Research Laboratories will keynote the annual meeting of the Advanced Television Systems Committee, Inc.’s 2011 Annual Meeting, May 10, at the Ronald Reagan International Trade Center in Washington, D.C.

Smith, who will keynote in the morning, served in the U.S. Senate from 1996 to 2008, where his committee assignments included the Senate Commerce Committee, the panel that oversees all broadcast-related legislation. He was appointed NAB president in 2009.

Keiichi Kubota Keiichi Kubota, Director General of the NHK Science and Technology Research Laboratories, will be the afternoon keynote speaker. Dr. Kubota has extensive experience in the areas of satellite transmission systems of HDTV, signal processing for HDTV, and subjective assessment of HDTV picture quality. A pioneer in the field of high-definition television, he is a past participant in various HDTV standardization activities in SMPTE, ATSC, and the FCC Advisory Committee on Advanced Television Service. Particularly noteworthy is his leadership in Japan’s nationwide rollout of NHK’s terrestrial digital broadcasting services.

“We are honored to have Senator Smith and Dr. Kubota address our members and guests,” said ATSC President Mark Richer. “These two leaders will provide us with keen insights on the future of broadcasting, a future that the ATSC is helping to define.”

Additional speakers and program details will be announced shortly. Registration for the event is available on the ATSC website.