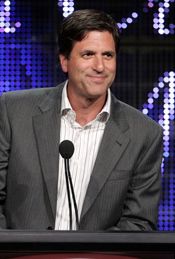 Steven Levitan
Steven Levitan, co-creator and executive producer of the ABC comedy series, “Modern Family,” will be featured in an NAB Show Super-Session on Wed., April 13.

The session will be exploring creative processes involved in the development and realization of the series. Levitan will also be sharing his thoughts and feelings about the future of situation comedy on television, the advent of such on-line video outlets as Netflix and Hulu, and also the economics of creating television programming for networks as opposed to creation of programming for cable entities.

Levitan will be interviewed during the session by Joe Flint, a staff writer for the Los Angeles Times.