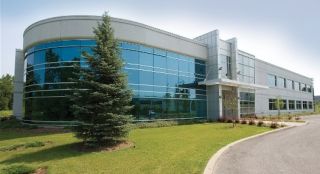 HBO has installed a Miranda Kaleido-X multiviewer monitoring system in its new HBO HD Studio, in New York. The new studio is a one stop shop for shooting, editing, graphics, color correction, dubbing and cross converting.

Two Kaleido-X multiviewers are used to feed 12 monitors across the facility, with large panel displays in the production, video/lighting, tape and audio rooms. Multiviewer outputs can also be routed to other areas within the studio, including the stage floor and edit rooms.

The new multiviewer system interfaces to HBO’s main Jupiter router to help simplify day to day router crosspoint changes. Each multiviewer video window has multiple source and destination UMD labels that display the source label at any given destination, as well as destinations for any given source. This helps operators easily locate available facility devices, and also helps avoid routing signals to and from devices that are already in use.

HBO’s multiviewer system uses many of Kaleido-X’s alarm capabilities, including video loss, audio peaking, and video format change. The multiviewer automatically displays video in the correct format, regardless of the type of feed going into the production switcher.

Advanced multiviewer layout configuration software, called XEdit, simplifies the creation of layouts for the different shows produced on-site. The system gives HBO the ability to customize its monitoring for every show independently, based on how many tape machines, cameras and sources are being used for a particular program. It also offers rapid drag and drop preparation, with automatic resize and alignment tools for easy optimization of the monitor wall space.