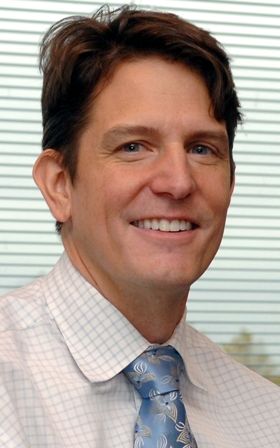 BURY ST EDMUNDS, UK— Matt Danilowicz has been appointed CEO of The Vitec Group plc, a U.K.-based provider of products and services for the broadcast, photographic, and MAG (military, aerospace and government) markets. He replaces Joop Janssen who has held the role since 2003, and is moving on to become CEO of EVS Broadcast Equipment.

Danilowicz has worked with a number of major manufacturers in the broadcast industry over the past several decades. Within Vitec Videocom, Danilowicz was CEO of Clear-Com for five years until 2010, and at the beginning of 2012 he returned to head Bexel, the US-based rental and services company. Alongside his appointment as divisional CEO, Bexel is being merged with Vitec Videocom, and he will align the two organizations, strengthening still further the focus on the broadcast and professional video market which is a core element of the Vitec Group’s three market strategy.

For the immediate future, Danilowicz will be based at Bexel’s head office in Los Angeles. Paul Watson joins the division following a 20 year career in a range of industries, based in Germany and Switzerland as well as the UK. His primary role is as General Manager, Supports, overseeing the work of Vitec’s brands O’Connor, Sachtler, Vinten and Vinten Radamec, based in the Bury St Edmunds offices in the UK. As a member of the senior management team he will also provide support for Danilowicz in European time zones.

“Over the last nine years Joop Janssen has driven growth and market share for the Vitec Videocom brands,” said Stephen Bird, CEO of the Vitec Group. “We thank him for his many achievements and wish him well as his career progresses. Matt Danilowicz is one of the most accomplished managers in our industry, which is why we worked so hard to bring him back into the Vitec Group to head Bexel. He is the natural choice to take Vitec Videocom on to the next level.”

Danilowicz added, “Under Joop’s guidance, Vitec Videocom has become one of the most exciting companies in our industry, packed with innovative brands that are part of the fabric of the industry. I would like to take this opportunity to thank Joop for the success he has brought to the company. I am relishing the challenge of taking it to the next level maximising the customer proposition of Vitec Videocom by building on those brands to develop complete solutions around the camera.”

Danilowicz formally takes up the role of divisional CEO on August 1; Watson joins the business on June 11. While continuing to drive the Staging business, fellow Vitec divisional CEO Jerry Gepner will also assist Matt with key advice and counsel during the transition.