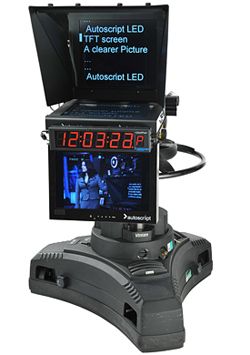 ATLANTA - Autoscript announced the deployment of their LED19TFT teleprompters for use by In Touch Ministries.

“Autoscript has made life much easier for Dr. Stanley when he is reading viewer emails or making announcements,” said Gary Longenecker, production manager for In Touch Ministries, in a press release. “Surrounded by blinding studio lights and often positioned 12 to 15-feet away from the unit to help maximize our studio space, the brightness and size of the LED19TFT monitors make this achievable, enabling him to film informational segments with comfort and ease.”

Longenecker has described the teleprompter system as ruggid, ergonomic and very easy to assemble and disassemble.

Autoscript is part of the Vitec Group.