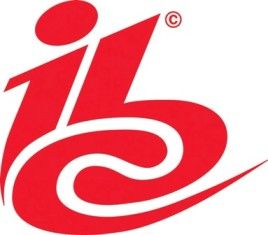 LONDON: The IBC said its awards this year recognized companion apps, asset management, the latest in home content delivery, an 80-year history of broadcast developments, cutting-edge research and the best booth design. Honored on stage were media companies from North and South America, Europe and Japan.

The IBC International Honor for Excellence this year was presented to the Science and Technology Research Laboratories of Japanese national broadcaster NHK. IBC said its developments over more than eight decades have had an impact throughout the content chain including delivery. NHK formed its Science and Technology Research Laboratories in 1930 and proceeded to develop color television, high-definition TV, satellite broadcasting, plasma displays and more. The award was accepted by the president of NHK, Masayuki Matsumoto.

The IBC Innovation Awards recognize a broadcaster or media business using technology in an innovative way to meet a real creative, technical or commercial challenge. The winner of the IBC Innovation Award for Content Creation was a second-screen app that synchronized interactivity on an iPad with a TV show. FX U.K. took the award for its companion app for “The Walking Dead,” developed by Red Bee Media and using audio watermarking technology from Civolution for synchronization.

Two “highly commended” projects in the category included ESPN’s use of graphics technology from Orad, Hawk-Eye and Spidercam to enhance its coverage of Grand Slam tennis, and TV Globo in Brazil for VATE, a new tool to support directors and cameramen working on live shows like “Danca dos Famosos,” its version of “Dancing with the Stars.”

Taking the IBC Innovation Award for Content Management was NASCAR. Its race officials needed instant access to pictures from 18 trackside HD cameras, to make judgments on incidents and accidents, setting penalties where required. Telestream, in association with Promise Technology and Quantum, developed a compact system that put control of multiple replays into the hands of the official.

The IBC Innovation Award for Content Delivery went to 4oD, the video-on-demand service from Channel 4 in the United Kingdom, wanted to make its content available on platforms its viewers preferred, including Xbox. Working with Kit Digital, it developed an app for the Kinect controller which allows the viewer to use voice and gesture control to explore and select the content.

There were three other projects on the shortlist. The first was a home networking solution developed by DirecTV on open standards with technology partners Broadcom, Entropic Communications, Jethead Development, Pace and Samsung. CBS Sports also was recognized for its use of VidyoCast technology to carry multiple HD cameras over the Internet, allowing a popular radio show broadcast from Louisiana to be shown on television through the CBS production hub in New York. And ITV in the United Kingdom developed a content replacement system, using seamless splicing from Yospace communicating with the Snell automation, to delivered tailored content to users on different platforms.

The team of international editors and consultants who judge the IBC Innovation Awards chose to honor FIMS, the Framework for Interoperable Media Services. This collaboration led by the Advanced Media Workflow Association and the European Broadcasting Union, jumpstarted the process of agreeing file exchange standardization, vital if the real benefits of file-based workflows are to be realized.

AMWA and EBU brought together virtually all the manufacturers in the sector, and many of the major broadcasters. They rapidly developed the first version of the specification, released earlier this year, and the first implementations of FIMS-based technologies are on air, with Bloomberg Television and its technology partner Triskel. Bloomberg estimates that the development of a new workflow has fallen from six weeks to three days thanks to FIMS.


The award for the technical paper which best communicates cutting edge research was won by a team from the Fraunhofer Institute for Telecommunications Heinrich Hertz Institute: Christian Riechert, Frederik Zilly, Peter Kauff, Jens Guther and Ralf Schafer.
Their paper describes core work on autostereoscopic television: 3D without glasses. Autostereoscopic displays require five, 10 or even more channels to create the impression of depth for viewers at different viewing angles. These have to be created in receiver from the incoming two channel stereoscopic 3D signal. The Fraunhofer work is on the algorithms required to achieve a flexible solution, and how they might be implemented in a relatively low-cost chip for mass manufacture.

IBC presents awards for the most practical and attractive stand design, in three categories. Winning for the Most Imaginative Use of Shell Scheme Space was Marvell Semiconductors: the judges praised its “wow feeling.” Highly Commended was LogicKeyboard. For free design stands up to 100m2, DPA Microphones and DTS were highly commended, with Netgem taking the award for its “open, welcoming living room.” SES won the award for Larger Free Design Stand impressing the judges with its futuristic feel. Vimond Media Solutions was highly commended in this category.