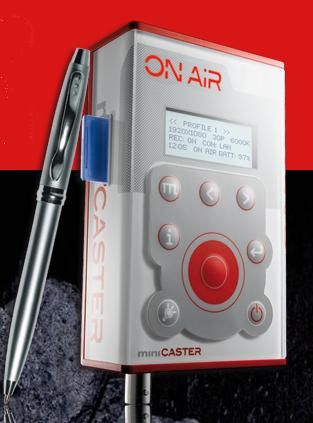 UNTERFOEHRING, GERMANY: A pocket-sized hardware-based H.264 live streaming encoder is making its U.S. debut at the NAB Show next week in Las Vegas. The MiniCaster, from an eponymous German company, is said to be able to simultaneously encode and deliver live HD video online while recording.

Streaming settings can be changed via remote access and as well as on the device. The data rate range in the device specs is 300 kbps to 5.9 Mbps. Inputs include composite, S-Video and SDI with HDMI “coming soon.” The battery-powered MiniCaster records in PAL, NTSC and “full HD resolution,” according to the company. It’s recommended for use with the unified any-screen delivery platform from Wowza Media Systems.

The MiniCaster was introduced to the professional broadcast market at IBC in Amsterdam last fall. It was deployed under beta testing by Switzerland’s TeleBasel last month to transmit live images of the local Carnivale celebration.