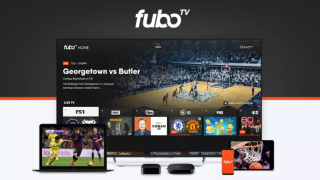 NEW YORK—fuboTV shared its second quarter 2020 financial results, where it hopes that the adage of “you have to spend money to make money” proves true as its operating costs mitigated year-over-year growths in revenue.

The total operating expenses for fuboTV in the quarter were $111.5 million. These included a $9.1 million increase in subscriber expenses to $53.1 million and an increase of general and administrative expenses of $8.2 million ($17.3 million including stock-based compensation), an increase of $5.4 million. This led to a net loss of $99.8 million for Q2 despite reporting $44.2 million in revenue, up 53% year-over-year.

That $44.2 million was driven by subscriber growth, with subscription revenue increasing 51% year-over-year to $39.5 million. At the end of Q2, fuboTV had 286,126 paid subscribers, up 47% from the same time last year. Advertising revenue also increased year-over-year by 71% for a total of $4.3 million.

Additional data shared by fuboTV includes the total content hours streamed by fuboTV users (both paid and free trial), which totaled 98.6 million hours, was up 83% from Q2 2019.

This is the first financial report from fuboTV since it merged with FaceBank Group in April of this year.

In a letter to shareholders, fuboTV CEO David Gandler said the company was on the “path to profitability,” saying that they expect to close the third quarter 2020 with 340,000-350,000 total subscriptions. The company also recently closed a multi-year carriage agreement with Disney Media Networks, including ESPN, and has been growing out its fubo Sports Network ad-supported linear channel with new content, per Gandler.