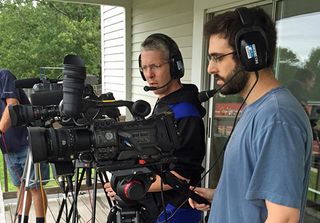 PORTLAND, Maine—A Maine federal district judge has upheld a state law requiring cable operators to place public educational and government channels (PEG) in the basic tier and on lower channels in the vicinity of broadcast stations.

The law also requires cable ops to put the channels in program guides and retransmit them in HD if they are originated in HD. There was also a buildout requirement that operators "extend cable service to areas that have a population density of at least 15 residences per linear strand mile."

NCTA-The Internet & Television Association had challenged the law and was understandably unhappy with the decision.

“We are disappointed with the court’s ruling," NCTA said in a statement. "We continue to believe that Maine’s burdensome network build-out and PEG requirements conflict with federal law and should be preempted, and that the PEG mandates independently violate cable operators’ First Amendment rights. We are reviewing the ruling and considering next steps.”

In her decision, U.S. District Judge Nancy Torresen said that while there might be cases where PEG franchise requirements raise constitutional issues, this was not one of them. "[T]he Plaintiff has not met its burden of showing that the State’s PEG provisions infringe on cable operators’ First Amendment rights," she ruled. Instead, she said, "the State simply seeks to put PEG channels on equal footing with the vast majority of other channels" and to channel placements they had held before.

She said she agreed with the state that the PEG channel mandate was a consumer protection law and within its police power to respond to consumer complaints.

"The State, by requiring that PEG channels be placed near the local broadcast channels and on the basic tier, is exercising its police power to ensure that the PEG channels—considered vital to an informed citizenry—are widely and easily accessible," she wrote. "Anyone who has missed the first 10 minutes of a television program because she was scrolling through the channels in search of it knows that the process can diminish the quality of the viewing experience. As such, the channel placement requirements qualify as consumer protection."

She did not say that all such extension requirements would necessarily be reasonable, but also said they were not all de facto unreasonable, as NCTA had argued, adding that cable ops could challenge such extensions on a case-by-case basis based on the individual fact record.