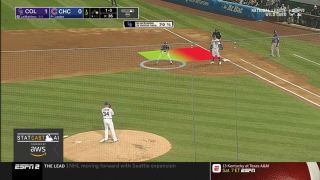 BRISTOL, Conn.—One of the oldest rivalries in baseball will have a new look for an upcoming game, as ESPN has announced that it will debut its new “Statcast AI Edition” broadcast of Sunday Night Baseball for the Red Sox and Yankees game on Aug. 16.

This Statcast-driven alternative viewing experience will air on ESPN 2, alongside the traditional Sunday Night Baseball telecast on ESPN.

The Statcast broadcast of the game will also be available to stream via the ESPN app.

A second alternative Statcast broadcast on ESPN 2 will take place on Aug. 30 for a game between the Atlanta Braves and Philadelphia Phillies.